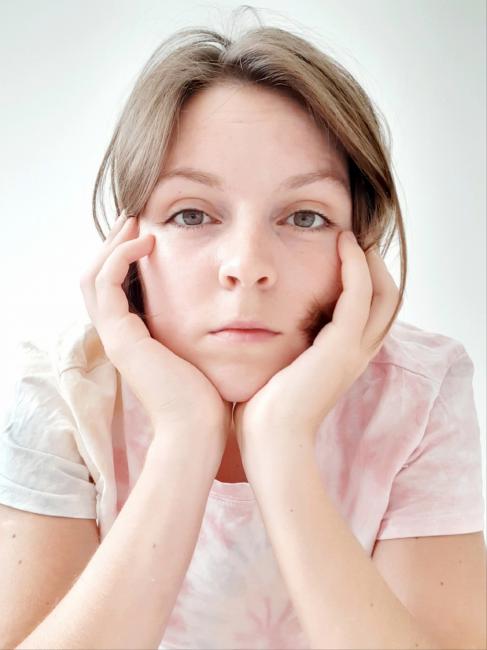 Nina Zakhozhenko is a playwright, translator and theater maker from Kyiv, currently living in Lviv.

Nina collaborated with the New Theater on Pechersk as dramaturg and digital artist on performances “Straight into the heart” (2016), “The World in a Nutshell” (2018), “Walk around Sofia Kyivska” (2019), dir. Dmytro Zakhozhenko, Kyiv. In 2021 she was co-author in the theater project "People's Commissariat" by theater "Publicist", dir. Kostyantyn Vasjutkov, Kharkiv. As playwright she received grand-prix of drama-contest “July's honey-2021” for the play “Alina's first seven works” and participated in a number of drama festivals in Kyiv and Lviv in 2020-2022 years.

The short stories, which describe life in Ukraine in the first months of the war, were included in the collection "Me, War and Plastic Grenade" and were embodied on numerous European and Ukrainian stages.