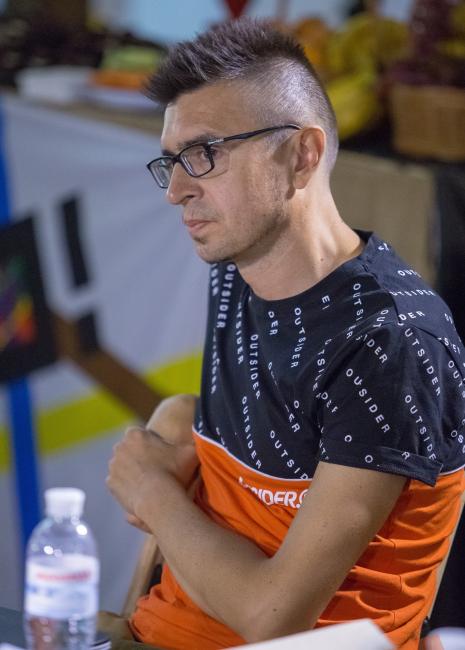 Vitaliy Chenskiy is a playwright, screenwriter, novelist. Born in Mariupol, educated at Azov Technical University. He worked at the Azovstal metallurgical plant for seven years. In 2005 he moved to Kyiv, worked as a journalist, and began writing prose and plays that were published in such journals as Union of Writers, Modern Drama, Sociologie et sociétés, and others. He participated in such international projects as Ukrainian Festival 2016 (Theater Magdeburg), and Eine Brücke aus Papier 2018 ("Paper Bridge"). Performances based on his plays Vitalik and Aeneid XXI were winners of the All-Ukrainian Theater Festival GRA Award. He is a co-founder of the Theater of Playwrights in Kyiv.