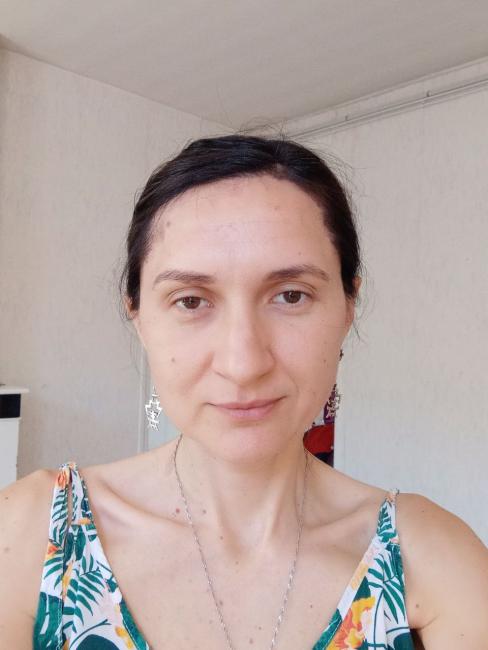 Olena Hapieieva is a member of the Theatre of Playwrights. She was born in the city of Sumy, and studied directing in Kharkiv and Moscow. As a director she has staged Natalia Vorozhbyt’s Demons, and other contemporary texts. Her own dramatic texts include: Apartment, Sisters, Tell Мe Оnly Good Things, and Dad. These were shortlisted and presented as stage readings at the Contemporary Play Week festival. The war of the Russian Federation against Ukraine forced her and her two children, five years and one year, eight months, into exile beginning in Mykolaiv, continuing on to Odessa, Lviv, Poland, and from there to Rouen, France. She writes short texts based on her experience and considers her work a means to understanding reality.