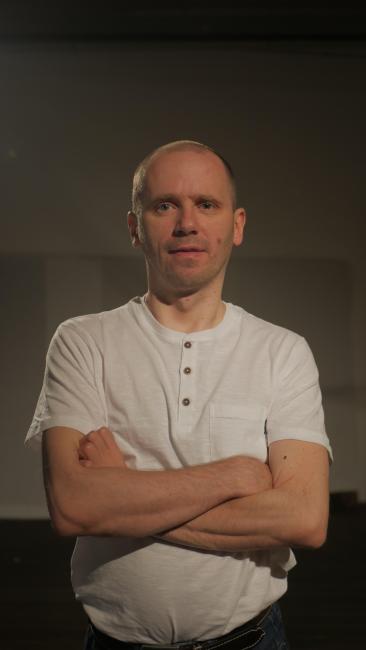 Member of the National Union of Theatrical Figures of Ukraine. Volodymyr obtained a Master's degree at the Center named after Vsevolod Meyerhold and Moscow Art Theatre School. He graduated from the Kharkiv State Academy of Culture, majoring in directing. He won the Grand Prix of the IV International Competition of Playwrights "Svobodnyi Teatr" for the play "Severnoye Siyaniye", "Best Actor" at the festival "Courbalesia" in 2007, "Hope of Drama" at the festival "Courbalesia" in 2008, "Best Performance" at the review of young directors with the support of the "Chekhov Festival" in 2011.

Volodymyr took part in the workshop organized by the Royal Court Theatre in London in 2011.

Author and director of the plays "The Northern Lights" and "Vremeni net. Za steklom" in the project "Young Directing" at the Center for Contemporary Art "DAH" in 2012.

Also, in 2012, at the International Forum of Young Directors among the CIS and Baltic countries, Volodymyr received a special jury award "Best Actor" for his role in the play "Iyul’".

Member of the International Laboratory of Playwrights of the Royal Court Theatre in 2011.