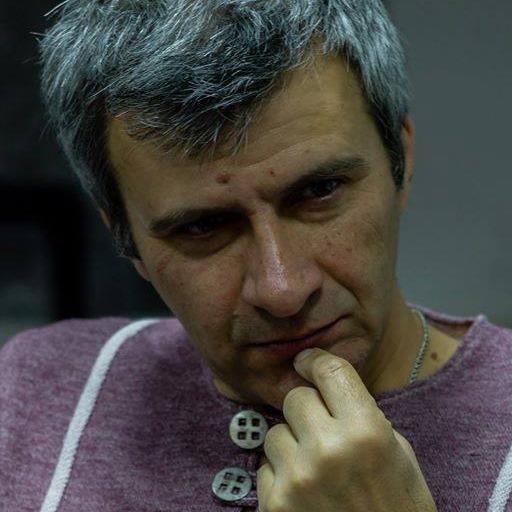 After 10 years as a journalist working for the leading regional and national mass media of Ukraine, moved on to creative PR consulting, taking part in establishment of several renowned national brands. In 2007, together with his wife Olga Ternova, founded the Theatre na Zhukah (Kharkiv, Ukraine). In 2011, he launched and has been in charge of the educational program “Theatrical Window to Europe”, inviting to Ukraine representatives of diverse theatrical schools from all over Europe to hold workshops for the students of the Ukrainian theatrical institutes.

He has been writing plays and stage versions since 2010. A few years ago, he started writing
librettos and screenplays. Won a number of awards at the national and international drama contests.

2012 – Winner of the East-European drama competition “Talk about frontiers. Living in the age of
changes – 2012” (play “Detalizatsiya”).
2016 – Winner at the National Literature Contest “Kalmius-2016”, nomination - drama (play “39 or
the Apocalypse Bus”).
2018 -  No. 2 at the National Radiorama Contest (radio play “Ward No. 7”).
2020 – participant of the Next Stage Europe Germany) – an annual contest where each country may nominate only one play (radio play “Ward No. 7”).
2020 — No. 2 in nomination “drama and scripts for children” at the Korniychuk Award – the
biggest national children’s literature contest (play “Butterfly’s Wing”).
2021 – winner at the international literature contest “Coronation of the Word” in nomination
“Plays” (play “Hamlet. Show, or Rosencrantz and Guildenstern are Alive”).
2021 – special award of the international literature contest “Coronation of the Word” for the best
opera libretto (libretto for rock opera “Taras Bulba”).
2020 — supervisor of the first Ukrainian contest of librettists. Publishing and/or staging in Austria, Germany, France, Poland and Ukraine.