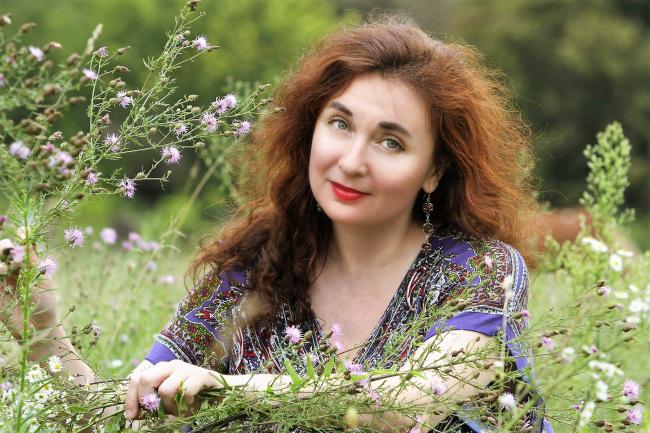 Since 2014 — head of the International Charitable Fund “Obriy” (“Horizon”) (aid to the Armed Forces in the east of Ukraine).

Since 2018 – member of the board of Civil Association “Guild of Independent Theatres of Ukraine”.

Laureate of International Literary Contest “Granoslov” (award for a collection of short stories). Author of plays and productions, such as comedy “A Night with Casanova”, biopics “Queen of Detectives” (dedicated to Agatha Christie), “Formula of Love” (dedicated to Ada Lovelace), “The Pilot and a Rose” (dedicated to Saint-Exupéry), “The Seagull. Not Chekhov” (“Intoxicating Revelation” — dedicated to Tchaikovsky), stage productions of “Free Love” (after Bryusov’s novel “The Last Pages of a Woman’s Life”), “The Little Prince”, etc.

Directed over 15 theatre plays, including “Christmas Eve” after Gogol (2012),
“Boule de Suif” after Maupassant (2014), “The Days of the Turbins” after Bulgakov and “The Little Prince” after Saint-Exupéry (2016), “The Dangers of Tobacco” after Chekhov (2018), “Free Love” (2019), proprietary shows “Living in the Rhythm of Tango. Piazzolla”, “The Red-headed Lover. Vivaldi”, etc.
A cameraperson in “Winter on Fire” – a motion picture directed by Yevhen Afineyevskyi.

Author of documentary movies, such as “The Very Same Munchhausen” (about the stay of the real baron Munchhausen in the Kyiv fortress during the Russo-Turkish campaign, 2016) and “Legends of the Kyiv Fortress. Assassination of Stolypin” (2018), a play adaptation of “A Curious Episode” – a story by Volodymyr Vynnychenko.