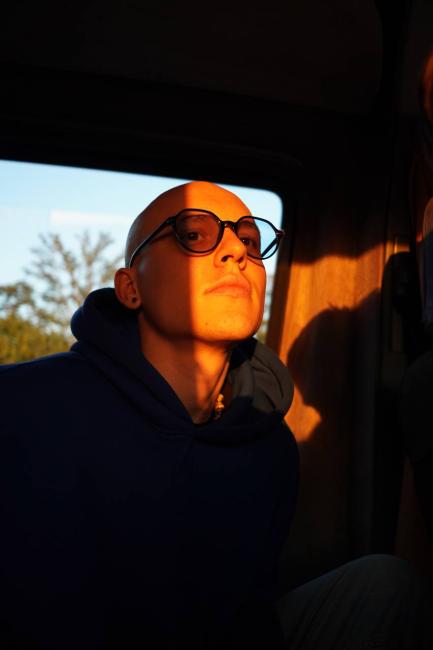 Playwrighter and director. Vitalii was born in Kherson city. He graduated of Kyiv National I. K. Karpenko-Kary Theatre, Cinema and Television University (2020). He has a theater performance at the Center of Contemporary Art "Dakh" based on his own play "Mother will always protect". Vitalii's new play "Monkeys with Oranges" in 2021 was included in the collection of the best plays of modern Ukrainian drama "8" and was staged at the Lesya Ukrainka National Academic Theater. During the full-scale Russian-Ukrainian war, in 2022, the author created a documentary play "Our ResponsAbility" based on interviews with critical infrastructure workers. The play was translated into English and staged at ProEnglishTheatre (the premiere at the Les Kurbas Centre). Vitalii teaches an author's course on documentary filmmaking. Vitalii's film "Chacho" won an award FIPRESSI at the 11th Odesa International Film Festival, and is currently available for viewing on Takflix, a website of modern Ukrainian cinema.