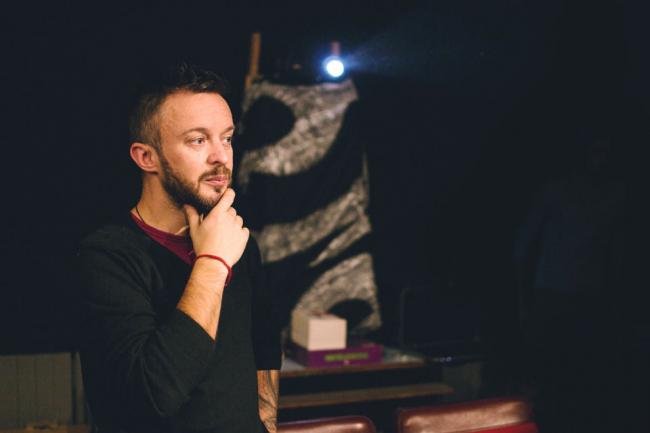 Was born in Lviv.

Pavlo is the author of more than a dozen plays and screenplay. His plays have been repeatedly published in various publications, as well as in the form of individual books, some of them have been staged.

Some plays by Pavlo Arie have been presented at the theatre festivalsm such as: «PLAYS FROM EUROPE 2010" Biennale (Germany), "Drama UA», «Kurbalesіya" (Ukraine), New writing with Royal Court(Ukraine) HERBSTKAMPF National Germany „Deutsche Therater“ (BERLIN-GERMANY). Tallinn Black Nights Film Festival (www.poff.ee). The Tsei Festival accredited by the International Federation of Asociative Film Producers of the Class A. Beirut International Film Festival BIFF 2018 etc. Winner of some of the dramatic and literary competitions, including the most famous Ukrainian competition "The Coronation of the Word"

From 2012 to 2013 Collaborates with the London Theatre Royal Court.

2012-2016 the curator of the annual competition of the modern Ukrainian drama 'Drama.UA'

2019 Member of the Ukrainian Film Academy