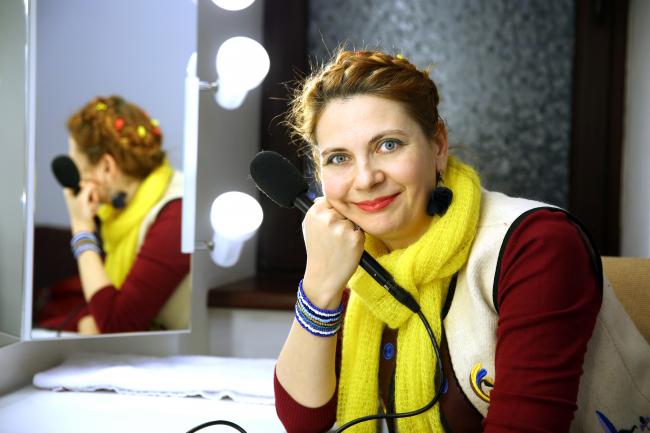 Ph.D. in Philology from The University of Bucharest – thesis (published in 2016) Paris – Moscow via Siberia from Napoleon to Lenin.

Since 1999 she has been working as a journalist for The National Romanian Radio, currently producing and presenting the only daily show about theatre and film to be broadcast on the FM – Scene and screen for Radio Romania Cultural.

Since 2005 she has been translating from Russian into Romanian, in particular theatre books such as An Actor’s Work by K.S. Stanislavski, Sculpting in Time by Andrei Tarkovsky, The Directing Lessons of Vakhtangov by N.M. Gorchakov, The Diary of Vaslav Nijinsky: Unexpurgated Edition by V. Nijinsky, along with classical and contemporary theatre plays, from Chekhov and Gorky to Ivan Vyrypaev, Andrej Ivanov, Dmitry Bogoslavsky, Yulia Pospelova, Anastasia Bukreeva, Natalka Vorzhbyt, Andrii Bondarenko, Natalia Blok.

She has been acting as curator and advisor for several theatre festivals across Romania for the past five years, also organising workshops and laboratories with foreign artists in Romanian theatres.

In 2014 she was awarded the UNITER Special Prize for her translation of a fundamental book in the practice and theory of theatre, Stanislavski’s An Actor’s Work, also nominated at the Romanian Book Gala `Ready for Print` for the best translation of that same year.

In 2020 she was nominated for the National UNITER Awards in the Theatre Criticism category.