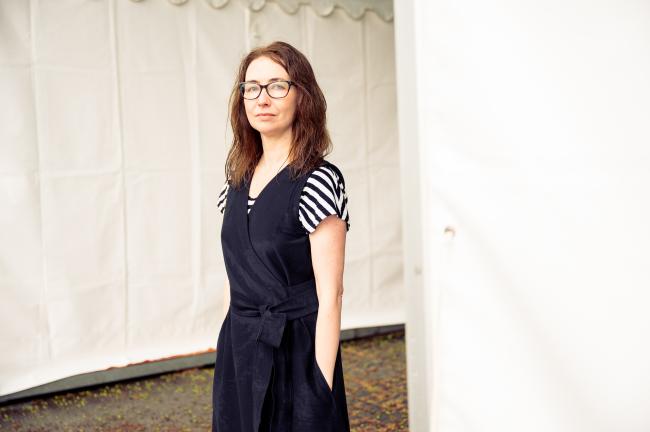 Luda Tymoshenko is a playwright, screenwriter, artist and university lecturer from Kyiv/Ukraine. In 2000, she graduated from the Ivan Franko National University of Lviv/Ukraine with a degree in philosophy. She defended her PhD thesis on the topic of the “Socio-epistemological nature of modern mythmaking” in 2004 and completed her doctoral dissertation “Formation of the political and managerial elite in Ukraine” in 2014.

Luda Tymoshenko works as a lecturer in sociology and political science at the National University of Life and Environmental Sciences of Ukraine. She began writing (screen)plays and drawing in 2013.

Her plays have been shortlisted several times during different festivals in Ukraine, including the Current Play Week and the Topical Play Week. Her drama Five Songs of Polissya (2021) received the Grand Prix in the competition July Honey, won the competition Drama on the move from the Ukrainian Institute and made the final shortlist in the drama competition DRAMA UA.

Her artworks were exhibited at the Red Square Art Gallery in Tbilisi/Georgia in 2016.

Her current projects include co-author on the short film Golden Leggings with director A. Nepitalyuk.