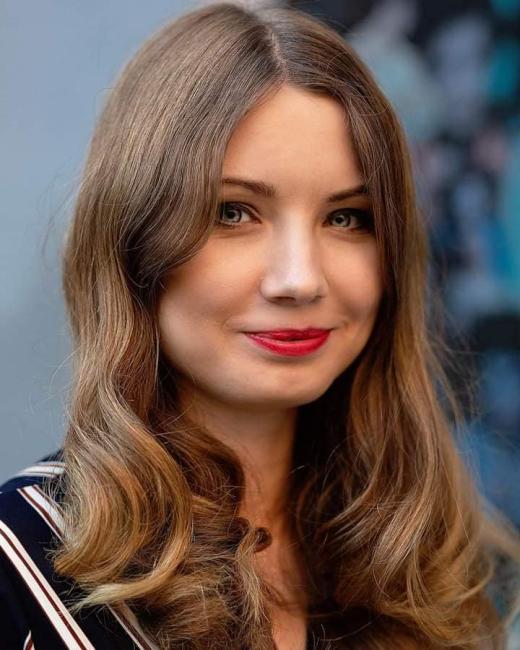 Maryna Smilianets - Ukrainian dramatist, screenwriter, journalist. She was born in Kyiv on October 12, 1992. She graduated from the Kyiv College of Theater and Cinema with a degree in drama theater, studying under Vitaly Kino. In 2018, she received a Bachelor’s and subsequently a Master’s degree from the Kyiv National University of Theater, Film and Television (KNUTKiT. I. Karpenko-Kary) with the specialism dramatist for film and television. Member of the National Union of Theater Actors of Ukraine since 2013.

She was awarded first prize in the literary competition Coronation of the Word for the children’s play Country of Serious (2015) as well as for her work Dog House (2018). Maryna Smilianets participated in the festival Topical Play Week in 2015, 2018 and 2021.

She is the author of many articles and reviews about cinema and theater for the newspaper Mirror of the Week and the online magazine Yabl. She holds the position of Deputy Director of the Arts Center New Ukrainian Theater ("Mykhailivska Theater" and "Ladybug" theater for сhildren). More than 15 performances throughout Ukraine were staged behind her plays. She has worked with famous Ukrainian directors such as Maxim Golenko, Stas Zhirkov, Tamara Trunova, Vyacheslav Zhyla, Vitaliy Kino and Italian director Matteo Spiazzi.